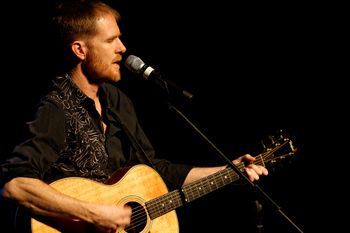 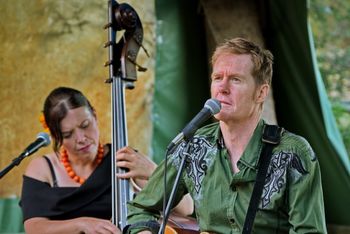 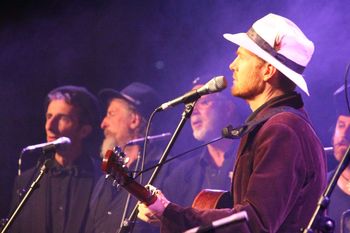 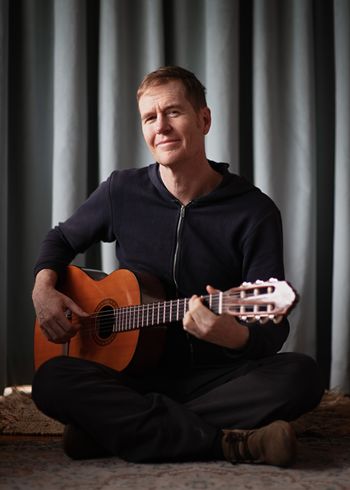 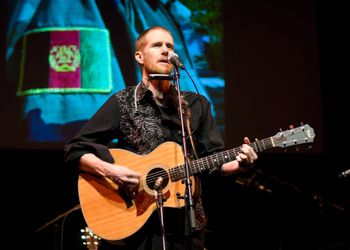 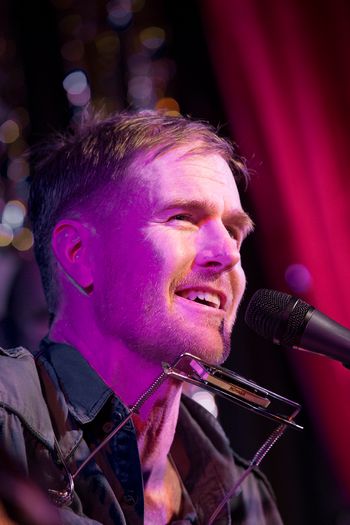 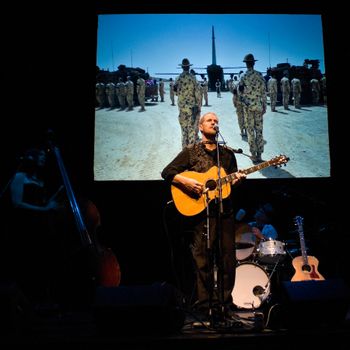 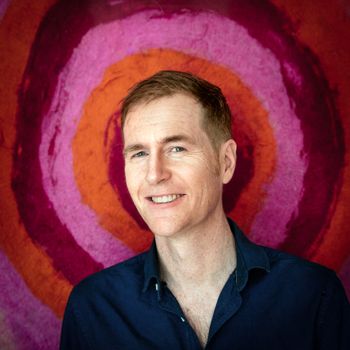 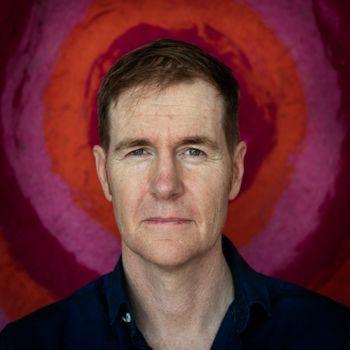 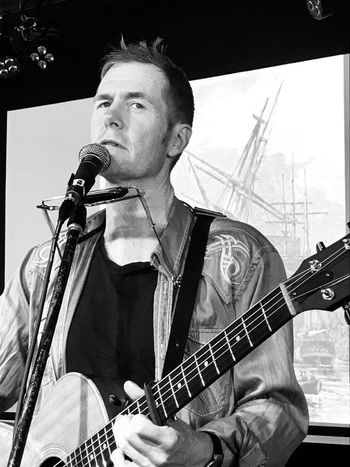 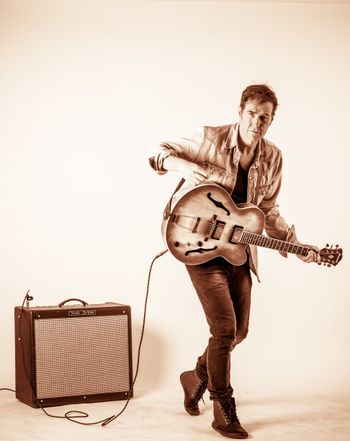 “Fred Smith is simply the best folk/country musician working in this country in 2020. Beyond writing some of the finest songs about Australians at war, he has created a repertoire that is wry, literate, witty, powerfully emotional and insightful.”

“...one of our finest lyricists...he shows true mastery of crafting melodies and marrying them to the words without recourse to a shotgun. Add his natural wit, keen powers of observation, unassuming delivery and understated accompaniment and he effortlessly draws you into the world of each of these character-driven songs.”

“Fred Smith is one of this country's most literate, humorous, intelligent and empathic songwriters.”

“His CD was good, but his live performance blew me away.”

“The man is an outstanding writer”

“It is about time Australia caught up with Fred Smith.  This remarkable singer-songwriter – who at various times reveals influences that range from Paul Kelly via Lou Reed to Loudon Wainwright III to Leonard Cohen – keeps releasing amazingly accomplished albums. In tune with the times and prepared to reach beyond predictable folk formats, he is endlessly innovative and creative.”  (Bruce Elder, Sydney Morning Herald).

Fred Smith is a favourite on the Australian festival circuit much loved for his wit, gift for story and melody, and sublime collaborations with Liz Frencham and The Spooky Men's Chorale. Now at last, the rest of Australia is catching up.  He was the subject of an ABC Australian Story feature about his work in Afghanistan and the South Pacific.  The title track from his acclaimed album, Dust of Uruzgan, has been covered by Lee Kernaghan.

Fred Smith has spent the last 20 years all over the joint: working on stabilisation missions in Afghanistan and the South Pacific, touring North America and travelling the Australian festival circuit. He has released about ten CDs, mostly solo but also collaborations with Liz Frencham and the Spooky Men's Chorale.

Fred cut his teeth performing comic and satirical ballads in bars and festivals in the late 90’s. His early performances were described as “Noel Coward meets Louden Wainwright". His debut album Soapbox gained cult status in his home town selling over 3000 copies in Canberra and about 7 in the rest of the country.

In 1999, he travelled to work on multinational Peace Monitoring operations in Bougainville, an island province of Papua New Guinea that was emerging from ten years of bitter civil war. Fred became something of a celebrity on Bougainville hosting his own pidgin language radio show and collaborating with the Australian Army and local musicians to record and release 20,000 copies of a ‘Songs of Peace’ cassette.

Fred returned from Bougainville to record the ‘Bagarap Empires’ CD (pronounced 'Buggerup'). The CD won rave reviews and the National Film and Sound Archives award for Best New Release of 2002.  It was described in Canada’s Penguin Eggs magazine as “an amazing piece of work. Truly folk music at its best – chronicling a period in a peoples’ history that few of us know anything about.”

In May 2003, Fred returned to Bougainville. Film-maker Nick Agafonoff followed Fred and his Bulmakau band around during the final weeks of the Peace Monitoring Group’s operations. The documentary Bougainville Sky was released in Nov. 2004.

Earlier that year Fred met Liz Frencham.  He had written an album’s worth of songs for a woman’s voice and was looking for the right gal to sing them.  He found Liz at a shonky gig on a Tuesday night in Petersham.  They released their first joint album, Into My Room, to critical acclaim in the second half of 2003 and have since gone on to become a major force on the Australian festival circuit.  In 2007 they released their second album Lovethongs - a collection of Fred’s love songs.  Lovethongs was rated one of Top Ten Albums of 2007 by Sue Barrett in Rhythms Magazine and won rave reviews in the Sydney Morning Herald and Melbourne Age.

Meanwhile, Fred had moved to Washington DC in October 2004 and spent three years touring throughout the United States, Canada, and Australia.  He returned to Australia in 2008 to release “Texas”.  This CD captured the zeitgeist of an America divided in the second term of the Bush administration.  It touched on subjects from Barak to Iraq with the insight, balance and irony that have made Smith one of Australia’s most beloved songwriters.

Then, on a Friday night at the 2008 National Folk Festival, Fred fell to drinking with Stephen Taberner in the session bar.  This led to an impromptu performance a couple of nights later which saw the Fred Smith Band and the mighty Spooky Mens’ Chorale combine to spray manly odours all around the Merry Muse tent.  This in turn led to the Urban Sea Shanties CD (which won the 2009 National Film and Sound Archives Award).  It's a collection of thinking man's drinking songs really.

In July 2009, Fred went to Uruzgan province, Afghanistan.  His main job was to build relationships with tribal leaders to improve cooperation and understanding between the local community and the Coalition Forces, and to act as a bridge between these two vastly different cultures. This put him in a unique position to understand both.

He served most of his 18 month tour of Uruzgan province on the Multinational Base in Tarin Kowt and at a Forward Operating Base in the Chora Valley. Smith put bands together from musically competent soldiers on base and they played regular concerts in Tarin Kowt where his songs were on everybody's iPod. His comic ditty “Niet Swaffelen op de Dixi”, entreating Dutch soldiers not to do unspeakable things in the portaloos, became a hit with the Dutch military and he toured Holland in November 2010 on the strength of it.

Whilst in Afghanistan, Fred wrote a collection of powerful songs about his experiences and the realities of life for soldiers in this difficult war. These songs were released in 2011 on Dust of Uruzgan. The album won featured reviews and front pages in The Australian, The Sydney Morning Herald, and The Melbourne Age.

Press for Dust of Uruzgan

“finely observed snapshots of a harsh, sad and funny reality, laced with an optimism that is probably the mark of the man…In concert he has a knack for balancing drama and humour …towering artistic achievement: truth”.  John Shand Sydney Morning Herald, November 2013

“… a cycle of songs that are raw, remarkably honest and suitably ambivalent about the nature of war… a collection of songs that offers an intimate perspective on the war in Afghanistan.” Bruce Elder, Sydney Morning Herald ‘Review of the Week’ 6–7 August 2011

“These 12 songs have a singular power and emotional honesty, because Smith was actually there” Warwick McFadyen, The Saturday Age, 30 July 2011

“This album is, without doubt, a masterpiece” Ian Deardon, Trad & Now, August 2011

In May 2013, Fred went back to Afghanistan where he worked for the last six months of the Australian mission in Uruzgan province. While there, he conducted a series of filmed interviews with Uruzgan tribal leaders soliciting their reflections on the Australian contribution to the province. These interviews were a serious attempt to document Afghan perspectives on our contribution to the province and have become an important document for war historians.

In October that year, ABC TVs ran a ABC Australian Story feature on Fred's work in conflict zones.  The feature was watched by over 1 million viewers and was one of the more popular programs in this popular series.

Fred returned from Afghanistan in November 2013, and spent much of the next three years touring his Dust of Uruzgan show to regional theatres around Australia. The show combined songs from the album with stories and a stunning set of photographs from Afghanistan. It offered an engaging account of the Australian involvement in Afghanistan.

In spring of 2014, launched a new album, Home.  A gentle and more whimsical album than Dust of Uruzgan, Home was all about coming home and calming down. It earned some generous reviews:

“Smith’s writing, like all good drama and fiction, is predicated on an ability to see the world through another’s eyes” John Shand, SMH, ****Review, 10 January 2015

“Smith’s work has taken him to places most song writers never see… Producer Shane O’Mara delivers a great sound but it Smith’s songs that carry the day, none better than the two war songs, Going Home and Derapet…If Derapet doesn’t rock you to the core, I don’t know what will.” Noel Mengel, Brisbane Courier Mail, **** Review, April 2015

“The tracks speak to you, and you find yourself listening closely to every word…playful and serious, awkward and kind, poetic and sensitive…you can't help but be moved or confronted or entertained or something in between by the words Smith forms.” Arne Sjostedt, SMH

In 2016, Fred wrote up his experiences in Uruzgan into a remarkable memoir, The Dust of Uruzgan, was published by Allen and Unwin. It was described by Channel 10 political editor Hugh Rimington “as convincing a picture as we will ever have of the tragedy, hope, oddness and courage of Australia’s Uruzgan enterprise. To read it is to be sad for the many losses and grateful for his rare clarity before history and other distractions lead us forever away.” The book has sold over 6000 copies and for a while there was even on sale in Australia Post!

Fred set out to have a quiet winter in 2017 but ended up producing a double album called ‘Great’. The album drew on his love of Americana music formats, swinging from raucous comedy to sublime folk balladry in its exploration of American history, myth and pathologies. The leading single, ‘What Could Go Wrong’, was a rocking pastiche on the promises of the Trump presidency.

“Smith turns his love of American history and literature in to a double dose of songwriting bliss…a worthy addition to your American/folk collection.” Robert Leggett, LAMUSICCRITIC.COM

“Great is a wonderful album…insightful, poetic and often personal…beautifully drawn vignettes of the human experience”… “outstanding and a must have. ‘Great’ is his best yet.” CD review By Ian Phillips; psnews.com.au

In 2019, Fred released ‘Warries’ – a retrospective covering some of his best writing from his experience in various conflict zones.

In February 2020, he released ‘Domestic’. The album earned rave reviews:

“Fred Smith is simply the best folk/country musician working in this country in 2020…On this remarkable album – with his palette impressively broad in both lyrical and musical stylings – he ranges through country, folk and faux-cabaret…a stunning cycle of deeply personal songs about marriage, babies, love, tolerance, decency and the complexity of modern life… a sublime study in tenderness and vulnerability.”  BRUCE ELDER, SMH, 14 February 2020

Fred and band toured the Domestic album to Canberra, Sydney and Melbourne in February 2020. Then in March, the remainder of 2020 was cancelled!